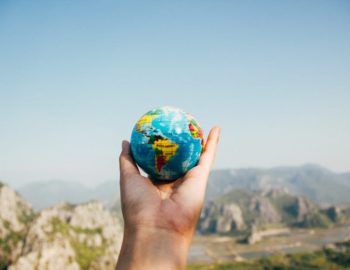 April is not only the harbinger of spring, it is also the month in which we celebrate two important days for our environment. Earth Day and Arbor Day are holidays that allow us to celebrate the wonder of nature and inspire us to do something to enhance and protect our world. Have you ever been curious as to how these holidays came in to being? Read on to discover their origins and intent, and learn ways in which you can participate in this year’s celebrations.

“The environment is where we all meet; where all have a mutual interest; it is the one thing all of us share.” -Lady Bird Johnson

Earth Day originated in 1970. The founder, Gaylord Nelson, was a U.S. Senator from Wisconsin. The idea for a national day of focus on the environment came from his witnessing of a massive oil spill that occurred in Santa Barbara, California in 1969. He was inspired by the student anti-war movement at the time. He believed if he could infuse that energy with an emerging public consciousness about air and water pollution, it would force environmental protection onto the national political agenda. Senator Nelson announced the idea for a “national teach-in on the environment” to the media and recruited a few other influential partners to join him. They eventually built a national following of 85 people to promote events around the country and selected April 22nd as the date. Twenty million Americans took to the streets, parks and various forums to demonstrate for a healthy, sustainable environment in rallies that took place from coast-to-coast. Thousands of colleges and universities joined in, as well as groups that specialized in the fight against oil spills, toxic waste, pollution, pesticides and wildlife extinction. They realized they all shared the common value of protecting our earth. The first Earth Day included support across all people regardless of political affiliation or economic class. It led to the creation of the United States Environmental Protection Agency(EPA). This event also led to the passage of the Clean Air and Water Act and the Endangered Species Act. In 1990, Earth Day went global, with 200 million people in 141 countries participating and pushing environmental issues to the forefront of the political realm. Today, Earth day is most focused on global warming and the need for clean energy. It is the largest secular observance in the world and is celebrated by more than a billion people a year. It is a day of action that promotes positive human behavior toward the environment and spurs policy change. Each citizen of the Earth plays a critical role, and everyone can do their part, large or small. Here are some easy ways to be involved:

Earth Day is Saturday, April 22nd. How will you participate?